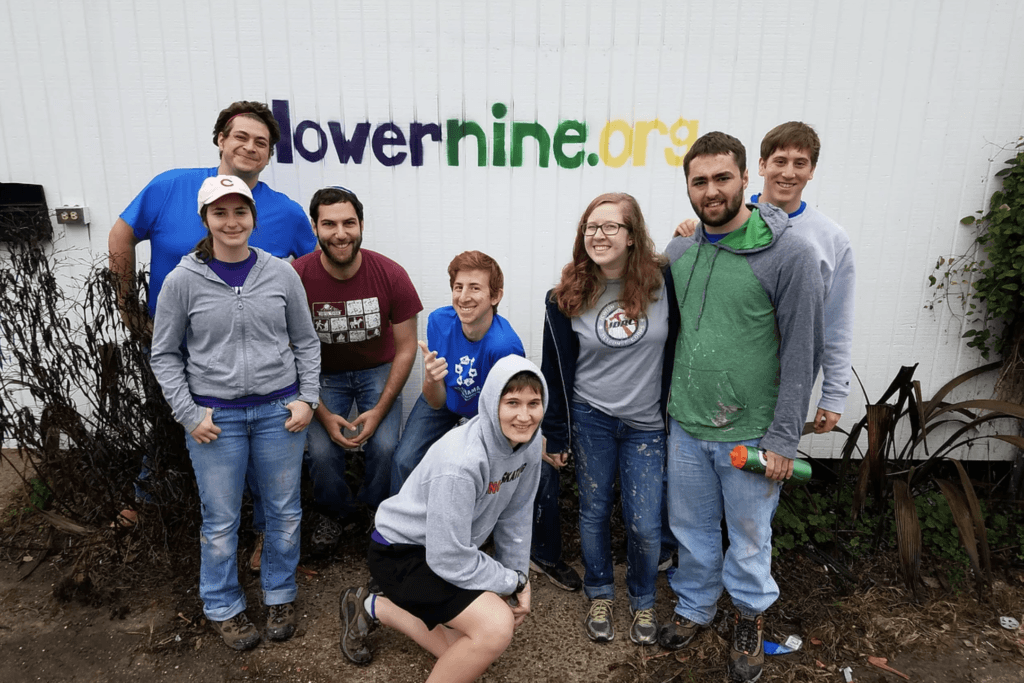 “What’s the parade for?” we had asked our Uber driver. “There’s one like that every Sunday” she had replied. This was one of our first impressions of New Orleans. A street parade blocking off a street in the city with community members dancing second line, chatting, and celebrating. Unfortunately, 11 years after Katrina not all parts of the city are celebrating as much. While most of the city has been rebuilt and repopulated, the Lower 9th Ward across the river is still feeling the effects of the hurricane. Students from Illini Hillel are here with NECHAMA in partnership with the local organization Lower Nine to help rebuild the Lower 9th Ward.

This area had the least attention and funds dedicated to it in the rebuilding effort. Only recently a fire station was built with most other public services located across the river which is only accessible by bridge. This area has history going back over a hundred years. This was one of the first places in the city to allow African Americans to own land after slavery was ended and many houses have been passed from one generation to the next. But the hurricane threatened to ruin that. Many residents have not yet returned with only around 30% of residents repopulating their homes. However, their sense of community is still strong and rebuilding efforts ongoing.

Our first day we arrived in New Orleans we had the opportunity to get a small taste of the city with some delicious local creole and Cajun food for lunch as well as beignets at Café Du Monde in the French Quarter. Performers and artists were scattered on various street corners and in stores. The main streets were busy with people. You can sense the pride in the city’s culture and history.

The next morning we met at the Lower Nine house before heading to our work site with our project leader. At the site we caulked the windows and side paneling on the outside of the house to help weatherproof it. The next day we started painting the house. The homeowner decided to buy lunch for us which was much appreciated. I’m looking forward to meeting more people and hearing their stories.