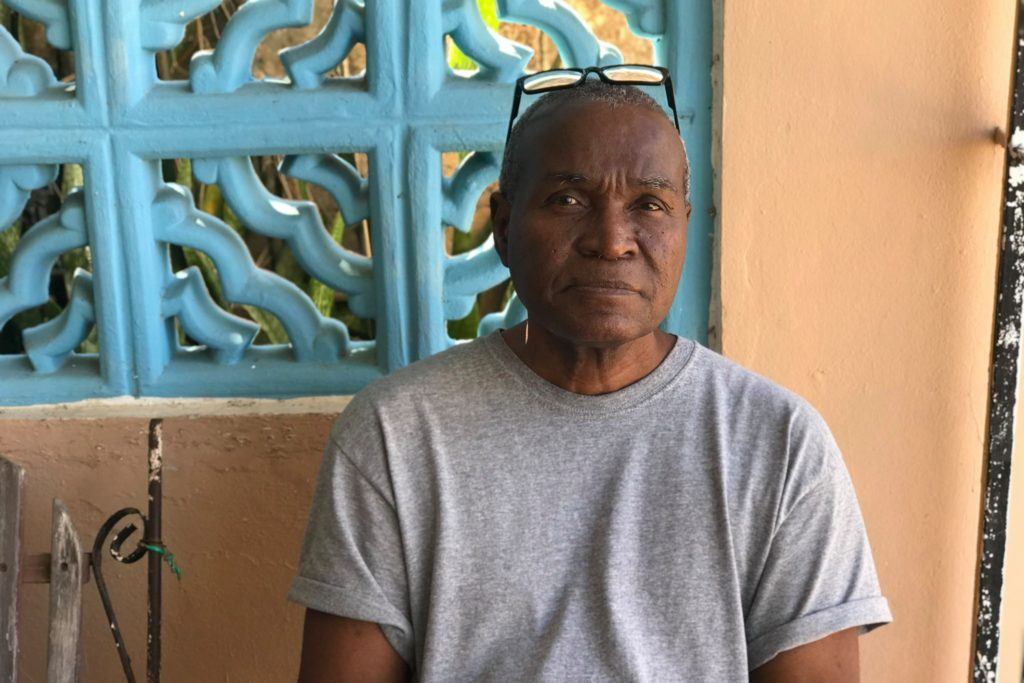 Carlos Ortiz, our homeowner residing in Loiza, PR lives by himself in his childhood home where he and his 10 siblings were raised.

During our assessment stage, Carlos described the fear he felt when Hurricane Maria threatened his childhood home. He recalled the bedroom windows being blown out by the force of the winds and water leaking from all areas of his home damaging cabinets, furniture, and personal items. To sleep, he placed two chairs side by side in his living room, the only spot he could find that had not been breached with excessive leaking. After the storm, he was forced to throw away many of his possessions, including clothing, linens, and other personal items that had been ruined. Carlos was overwhelmed and hopeless by the extent of the damage. Like many residents of the island, he was left without power and limited access to areas outside of Loiza due to road blockage. Thankfully, Carlos and his brother Rafael reside in the same neighborhood, letting them rely on one another after Maria. In an attempt to restore his home, Carlos applied to FEMA and received a grant for $300, but that was nowhere near enough to cover the damage caused by the hurricane.

With limited resources and extensive damage, Carlos recalls the feeling of hopelessness overwhelming him. he did not expect to receive additional help, and continued to reside in his home despite excessive leakage. However, his brother Rafael reached out to NECHAMA Staff who had been serving in a nearby neighborhood. Because of him and Carlos’ hospitality and willingness, our volunteers were able to seal and repair his roof, preventing future leakage. Throughout our time with him, volunteers have sat with Carlos to hear his story, engage in conversation, and enjoy the occasional fruit pop. To this day, Carlos remains in contact with our field coordinator- referring other families who are in need of assistance.