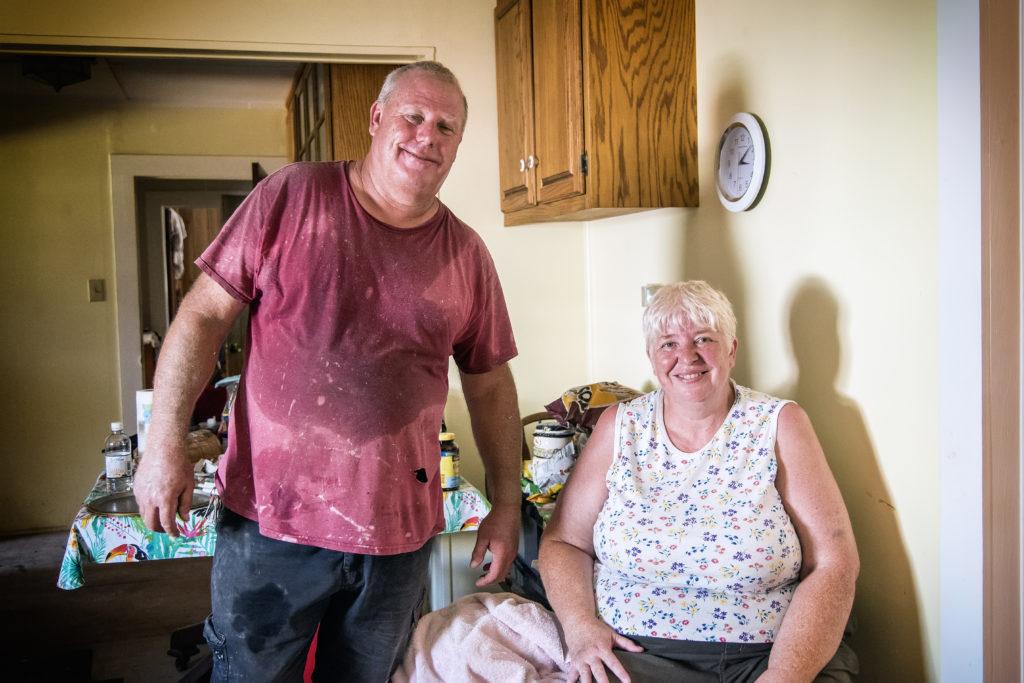 We’ve had the privilege to assist a couple families while we did our Assessment of Ocracoke Island. Siblings Clifton and Janie live in their childhood home, the home their father built, and the only house where they have ever lived. They didn’t evacuate ahead of the storm, riding it out together. When the water started coming in, they grabbed their cat and retreated upstairs, where they stayed until the water receded. Hurricane Dorian was the storm since 1954 that their house sustained damage from a hurricane.

When we first met Clifton and Janie, they were already hard at work attempting to salvage what they could, and gutting their walls. One of the hardest realizations for them was that the piano that had belonged to their grandfather was unable to be saved. He had served in the Coast Guard during WWII and brought the piano home from a Navy base. It was a tangible reminder of family memories. It was difficult to lose an item so ingrained with their personal history.

Despite the losses they have suffered, and still living in their damaged home without electricity, they both remain hopeful and positive of what tomorrow will bring. We are happy to be able to assisting families like theirs as we complete our assessments on the Outer Banks of North Carolina.