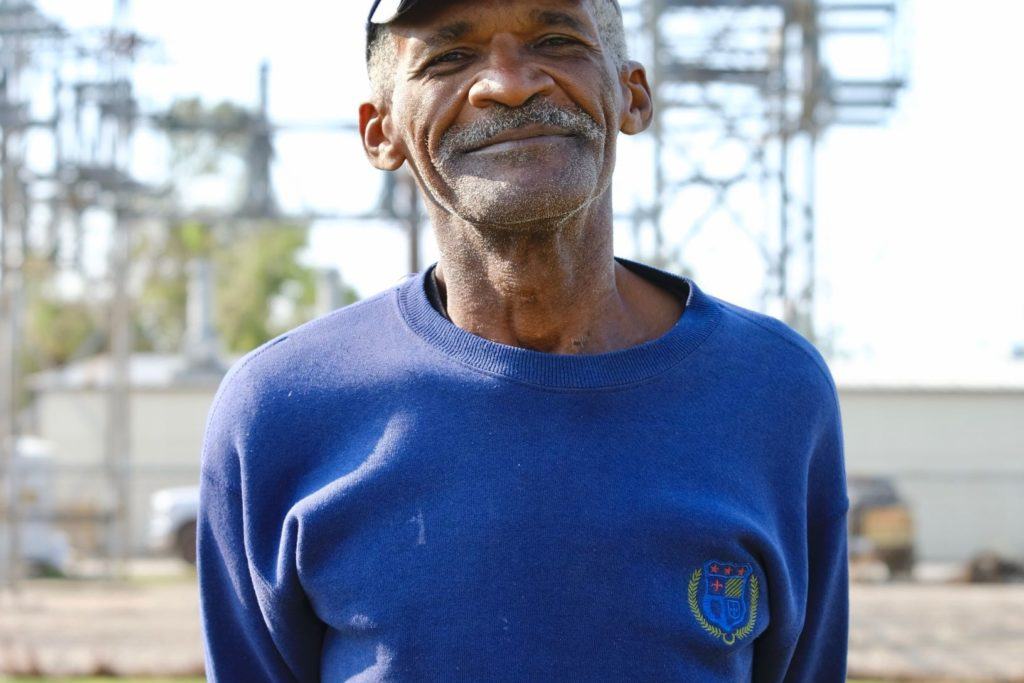 A couple of weeks back, a vintage truck pulled up across the street from a house where we were working. Mr. Johnny, the owner of that truck, was there to check on his son. A conversation ensued between him and Dan about his 1960’s truck, both having a love of auto mechanics.  The discussion turned to the work we were doing in the community. Mr. Johnny stated that his shed, where he restored old cars, had been damaged in the hurricane, and asked if we could have a look. A few days later, we arrived to assess the damage, coordinating through his son because Mr. Johnny didn’t have a phone.

At 66, Mr. Johnny was sleeping in his truck. During Hurricane Laura, Mr. Johnny’s father, age 90, refused to leave his house. He didn’t feel right about evacuating and stayed behind so his father wouldn’t be alone.  Mr. Johnny grew up just outside of Lake Charles, LA, in a house his father built with his parents and six siblings. When the hurricane hit, Mr. Johnny figured, “It’s in God’s hands. He wasn’t ready for us”.

We arrived at his home, in addition to the shed he wanted us to see, there was no hiding the fact that his house had extensive damage. The roof mostly ripped away during the hurricane; what remained was a gaping hole covered by a tarp secured by Mr. Johnny and his neighbor; he was very thankful for his neighbor’s help. Mr. Johnny was amazed and appreciative when we told him we could help with his house. Mr. Johnny’s father’s home also sustained a lot of damage, and he was more concerned with making sure his father was taken care of, “I am not selfish.”  We assured him that his father’s house is on our schedule.

Mr. Johnny worked right alongside us as we gutted the water-damaged sections of his home’s interior, removing what he was comfortable removing.  His beloved shed was beyond repair. Growing up, not having much, he said that materialistic things don’t matter to him. Not having a lot taught him to work hard and be thankful for what he does have. But his house is his home.

He has high hopes for the future and wants God to protect him and his family. One of the significant challenges that he’s facing right now is getting help fixing his house. Despite the hurricane, Mr. Johnny said that he would not do anything differently to relive the hurricane because it made his faith stronger, and he believes that it’s all in God’s hands.