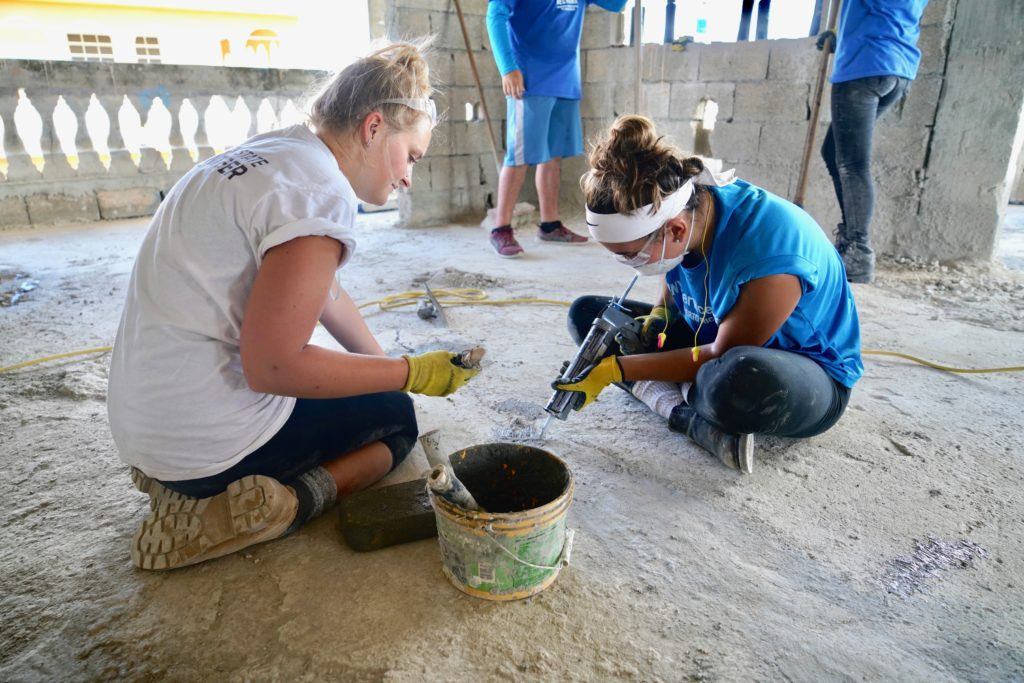 A few weeks ago, we were scheduled to repair Yasmilyn’s roof. When we called to schedule the work on her home, she told us she wanted her parent’s home repaired first. She was worried about them feeling safe in their home, and so she introduced us to her parents, Nilsa and Jose.

Nilsa met her husband Jose when they were neighbors at the age of sixteen. They went to school together, and eventually became high school sweethearts. They have spent 32 happy years together since, joined only by Yasmilyn who now lives around the corner. Nilsa and Jose have lived at their current home for 18 years and during Hurricane Maria, they took shelter in the backroom of their home. They witnessed telephone poles falling and water seeping into their living room, all while fearing that the windows were going to shatter at any moment. Too scared to be alone, Yasmilyn picked up her son and ran across the street to her parents’ house so they could wait it out together. A year after Hurricane Maria made landfall, the family still relied on a generator for necessary electricity and the damaged roof continued to leak into their home. Now, over 18 months later, Jose says he did not know how to begin repairing his home and he is extremely grateful that our volunteers came to assist.

We finished our work at Nilsa and Jose’s, but their home is unique because the second story of their home is exposed on all sides. This means that when it rains, water blows in and creates puddles that have nowhere to drain. Not only does this leave the family with further concerns of leakage, but it was a challenge for our team to do the primary repairs. With a closed in roof, the lack of sunlight made it difficult for the primer and sealer to dry effectively. If any water touches primer or sealer before it dries, it ruins its efficacy and the work will have to be redone. By some stroke of luck, it did not rain once in the three days we were priming and sealing the roof. As a result, we were able to finish the job quickly and leave a safe, secure, and waterproof shelter for the Nilsa and Jose’s home.

Donate today to support us in our efforts assisting families, like Nilsa and Jose.