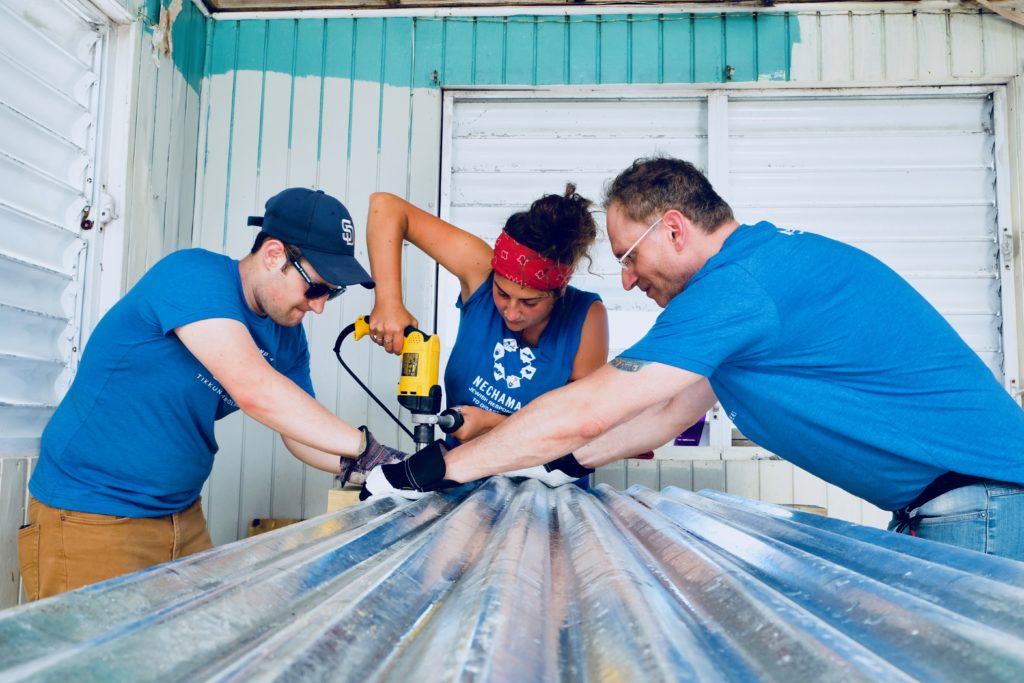 Hurricane Maria is regarded as the worst natural disaster on record for Puerto Rico. The tenth-most intense Atlantic hurricane on record and the most intense tropical cyclone worldwide of 2017. The storm caused widespread devastation to homes, business, and livelihoods, exacerbating an already tenuous economic situation on the island.

In early February, 4 months after Maria, many homes were still without power, water, and suffered structural damaged. NECHAMA spent a week on the island connecting with locals, partners, FEMA, and others to spearhead a first-ever Project for the organization outside the continental United States.

NECHAMA in Puerto Rico from NECHAMA Disaster Relief on Vimeo.