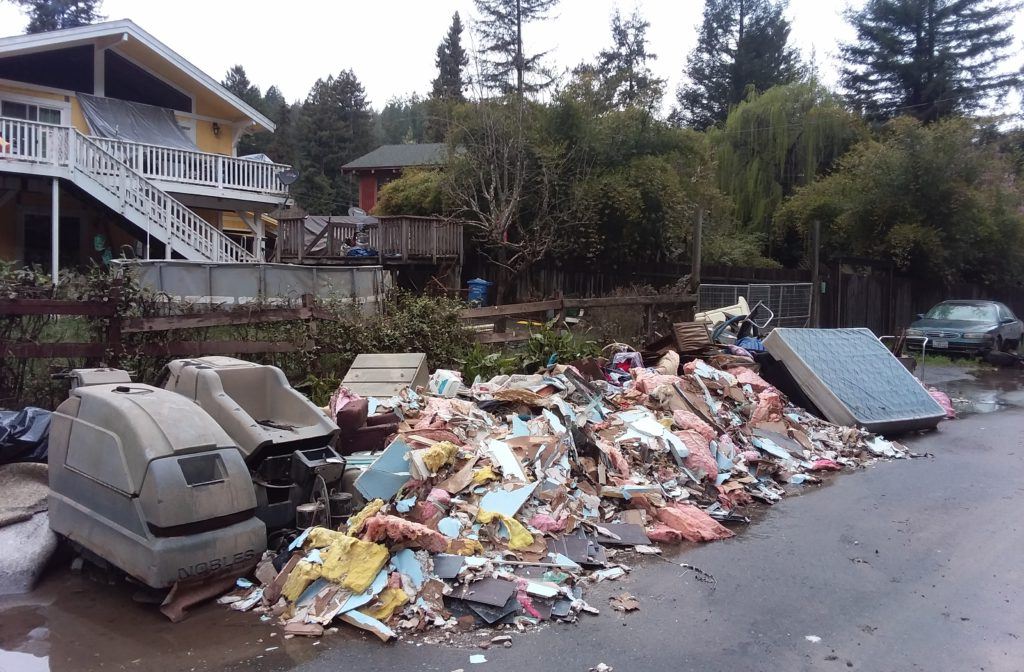 After a cross-country drive, NECHAMA team members arrived in California and began meeting with partners today to identify scheduling assessments to see how we can assist the community.

Sonoma County was hit the hardest with an estimated 2,000 damaged homes. The Sonoma County Sheriff’s Department issued an evacuation of 3,500 residents. Towns including Guerneville and Monte Rio were turned into inaccessible islands as the flood waters rose from the Russian River and many residents saw over 8 feet of water in their communities.

On Tuesday February 26th, Monte Rio experienced a mudslide due to the flooding and burns scars from the 2017 North Bay Wildfires that destroyed over 150,000 acres in Sonoma County. As flooding could persist into the month of March from additional forecasted rain and snowfall in the Sierra Nevada Mountains, mudslides continue to be a threat to the counties affected.