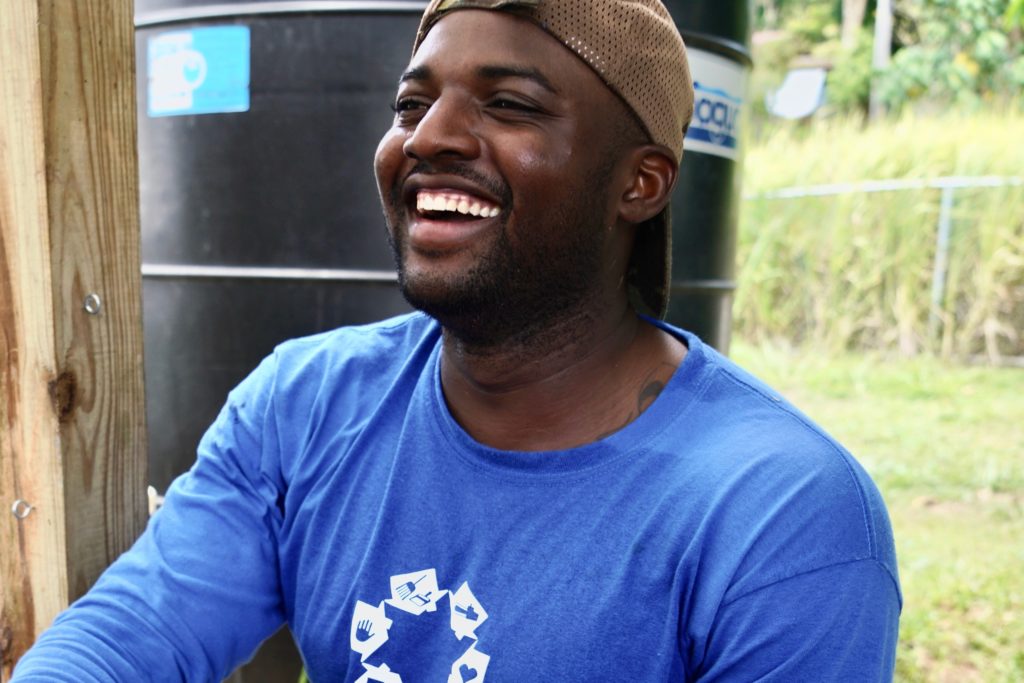 Born and raised in Ghana, Barnabus moved to the United States just before high school. After serving with both the Army, the National Guard, and fighting fires on the side, he came to Puerto Rico to bring hope to families in need. Fourteen year-old Barnabus was thrilled when his father won the Green Card Lottery, mostly because he would not have to take the big test all Ghanians were required to at that age.

Moving across the ocean came with its own set of challenges, much bigger than that test. The schools were different, the cities were bigger, and the new language was difficult; yet, he persevered. He joined the Army Reserves in high school to help pay for his college education and was later deployed on active duty in Liberia when the Ebola outbreak made headlines across the globe. When he returned to the United States, Barnabus became a volunteer structural firefighter. Currently, he is earning his Fire Science degree from John Jay College because, he says, “I think it’s my calling to help people.”

Upon hearing about NECHAMA’s service opportunity in Puerto Rico, Barnabus saw it as another chance to pursue his calling. This is his first time on a disaster relief project, but from the beginning he has been all-in. He has consistently been willing to dive in head-first no matter what the work entails. He has pulled weeds in the hot sun and mixed cement to fill a divot on a roof, all while having a positive attitude. His eager heart is ready to do more and he is energized to begin his last week with us.

Barnabus, thank you for your service! It’s a pleasure to have you here with us in Puerto Rico.