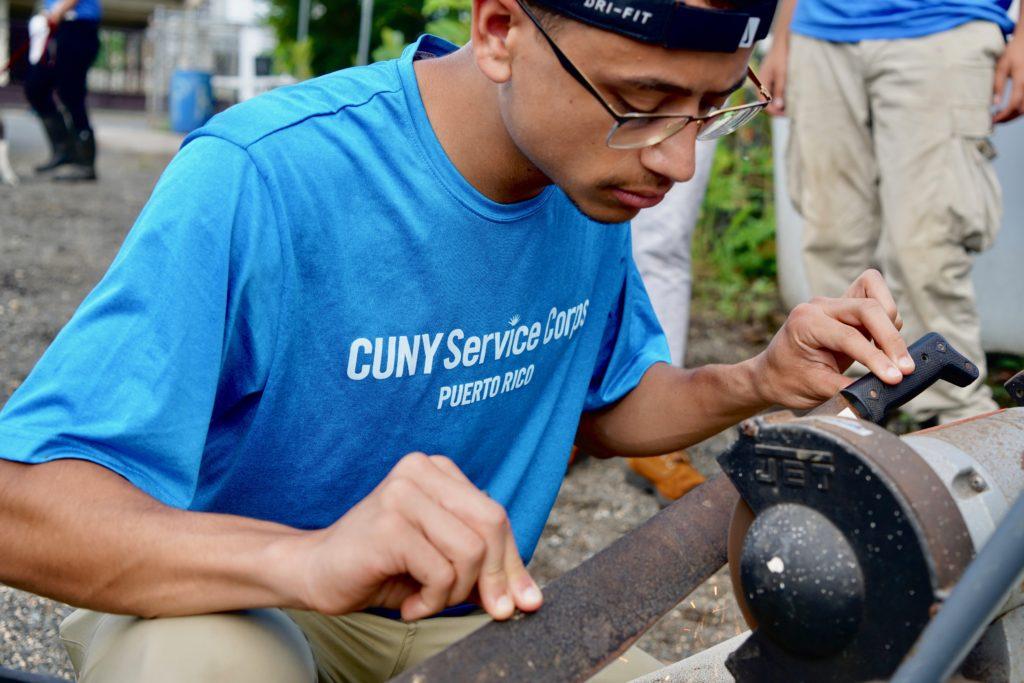 Jesse resonates with our homeowners because he understands how it feels to lose a home in just a few short days. In October of 2012, Jesse’s home in New York was devastated by Hurricane Sandy.

Not only did he lose all of his belongings and his home in 2012, his family in Puerto Rico withstood Hurricane Maria when it made landfall in September 2017. Due to power outages, Jesse could not contact his grandma and cousin for six days after the storm, leaving him worried about the well-being of his loved ones. Fortunately, they turned out to be safe and well after those six long days. Shortly after Hurricane Maria made landfall, Jesse and his dad booked two tickets to Puerto Rico. They boarded the plane with just a suitcase full of goods for families hurt by the storm.

Coming here after the hurricane, he was heartbroken to see the wreckage in El Yunque National Forest, his favorite spot on the island. When he learned that NECHAMA had partnered with the Forest Service and he and his team would be working to restore the trails of El Yunque, he was ecstatic. “I can actually do something, it just feels better to be able to help out first-hand.”

We marvel at your resilience and your devotion, Jesse!