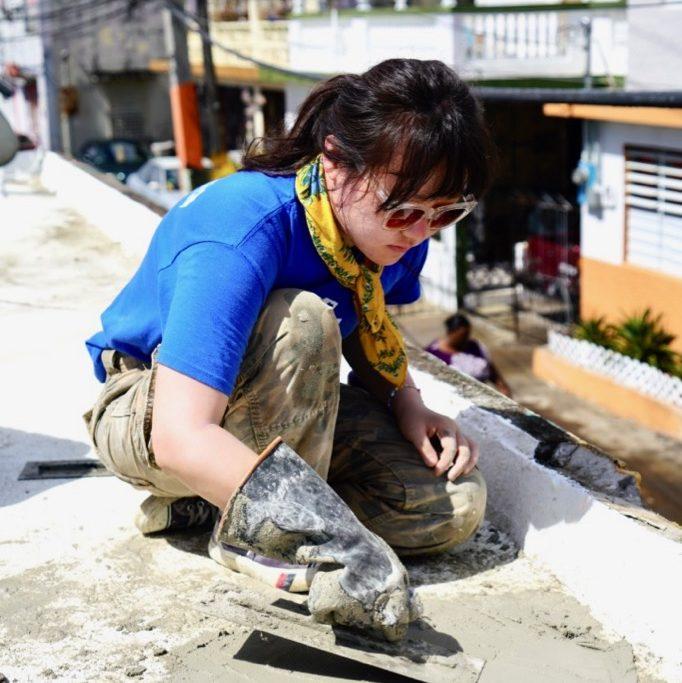 At the age of fifteen, Tenzin and her brother moved to New York to live with their parents, who had moved to the United States 6 years prior. New York was a lot different from her home country of India. She remembers being amazed by skyscrapers and feeling extremely shy because she did not know the language. But Tenzin acclimated to the new culture, became more outgoing while she was in high school, and is now attending John Jay College where she is studying Forensic Psychology.

As a psychology major, Tenzin understands how survivors’ mental health can be hurt after a natural disaster. Although emotional trauma is extremely common for survivors, mental health is an area of disaster relief that tends to be overlooked. Tenzin is working with her college and the NYC Office of Emergency Management (OEM) Partners in Preparedness (PIP) Program to provide psychological care along with home repairs and disaster preparedness strategies.

Here in Puerto Rico, she’s been able to see herself progress from her first service trip up until now. When she started doing concrete roof repair, she was “clueless” on how to use any of the tools. Now, she’s a pro and is teaching other volunteers the tips and tricks for roof repair. It has been extremely rewarding for Tenzin to see not only how far she has come, but also how far the island has come since Hurricane Maria.

I’m sure we’ll see big things from you, Tenzin!