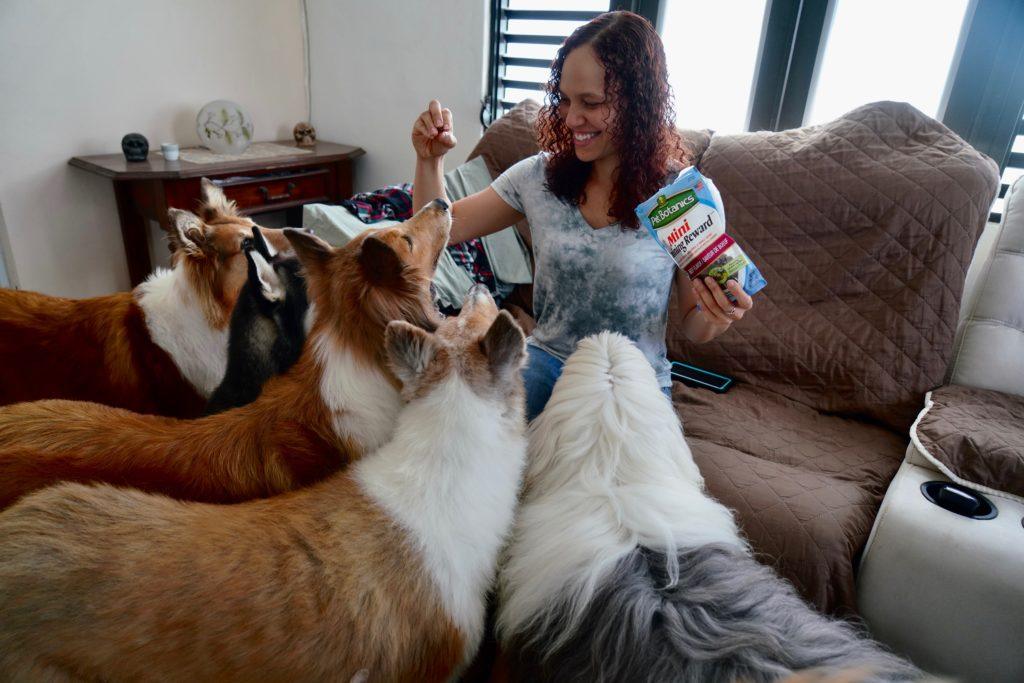 During Hurricane Maria, Luz and her family selflessly opened up their home to eight friends looking for a safe place to stay. Their guests stayed for one month following the hurricane because they had nowhere else to go, and they all managed to survive without power for three months. The rebuilding process for Luz and her family since Hurricane Maria has been slow and discouraging. But, this week our volunteers are continuing the repairs of the Rivera family home.

Luz and her family moved from Santurce to Carolina when they inherited the house in 2001, after Luz’s father passed away. Like many others on the island, she was worried the storm could become a repeat of Hurricane Hugo, which devastated the northern part of the island in 1989. This time, after Hurricane Maria left extensive damage, they attempted hiring a number of different contractors but have had little success because they would come in, do a few repairs, take the money, and never come back to finish. As a result, the responsibility of fixing the roof fell into the hands of Luz and her son Omar. It had been ten months since anyone but the two of them had worked on the house. Then NECHAMA began work. To ensure the roof is prepared properly, our teams have removed the inadequate primer and sealer coats laid by the contractors. Then, we started over by repairing foundational imperfections, priming, and sealing the roof.

Luz and her family are grateful for our help, and they humbly shared how their life has changed since Maria hit. Before the storm, Omar played bass in a band that performed on cruise ships in Australia. He came home for vacation in July of 2017 and has stayed in Puerto Rico ever since. Omar currently works in guest services at FEMA in Bayamon, but his dream job is to be a musician. Luz’s daughter, Kelly, lost her job as a veterinarian when the clinic moved to stateside. She also worked as a tour guide, but was laid off for three months after the hurricane hit. Although she lost both jobs, she says that the storm gave her the courage to start a new career path. Now, she runs her own grooming business and takes care of nine beautiful dogs.

The Rivera family is a perfect example of the generosity and tenacity that exists here on the island. In the midst of many obstacles, they never fail to remain grateful for what they have and stay hopeful. To show her appreciation, Luz even insisted upon a beach day with all of the program staff. She taught us how to play dominoes, and brought us lunch! We have loved getting to know Luz and her family, and we are amazed by her giving heart.