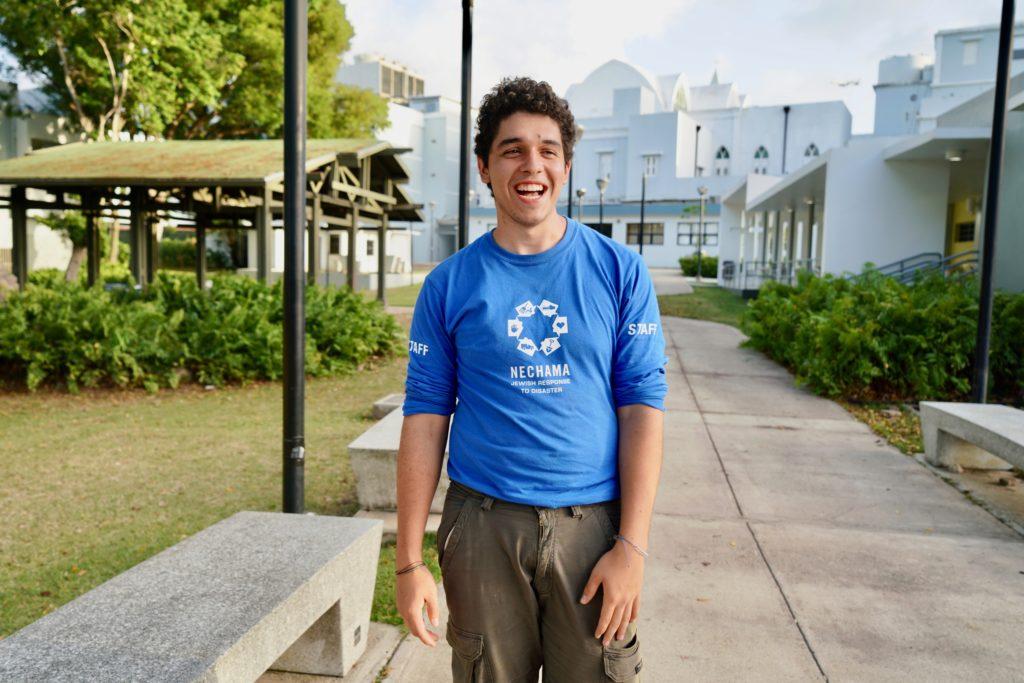 “Life’s going to happen, and you’re either going to prepare for it or it is going to hit you.”

Our newest Team Leader (TL) in Puerto Rico, Juan Pablo Molina, had different plans for his summer originally. When one opportunity did not work out, Juan had nearly forgotten he had applied for another — the SUNY summer program with NECHAMA in Puerto Rico. After being a part of Cohort 2, he applied for the open TL position and returned to the project one week later.

After being born in Mendoza, Argentina, Juan moved to the United States as a child and continued to spend every summer with his family in Argentina. As he got older, and it became too expensive to visit Argentina, Juan began working with his dad at the family construction company. His experience and strong work ethic, along with the encouragement of a professor, pushed Juan to apply for this summer volunteer opportunity. But, while waiting to hear about an internship, he nearly forgot about this application and his acceptance letter got lost in his junk mail. When he found it, he had only two hours left to accept.

That day, Juan had the chance to “step backward into comfort, or forward into growth,” and he knew this would be a chance to explore a type of hard work other than construction. It was an opportunity he could not refuse, even though he was scared to be in a new place, with all strangers, completing unfamiliar tasks. Juan saw a challenge, and he took it. Coincidentally, as soon as Juan started doing concrete roof repair he realized how naturally it came as a result of his experience. During his two weeks as a volunteer, Juan realized how incredible it was connecting with a different part of the world by helping to repair it. He saw that it was an “opportunity to show that we care,” and he was sad to leave.

Fortunately, when the new position opened at the end of his time here, the drive of his cohort to make a difference inspired him to apply. He knew it would be the right step for him, and would allow him to do more for the people of Puerto Rico. Juan was confident and ready, and his skill set alongside his great attitude and Spanish fluency made him the ideal candidate. NECHAMA is proud of all of our volunteers, and we are especially proud to see them grow and commit themselves to service. We are so proud of Juan, and he has quickly become the perfect addition to our Puerto Rico team.